One of the most magical times of someone’s life is when they find out they’re going to be a parent and a Sneak Peek DNA Gender test is a special moment in this process. Before this moment occurs, one of the biggest questions we will ever ask ourselves during the process is whether or not we want to know the sex of the baby.

Whether you do or don’t, you’re not alone. A study from 2001 found that the majority of people, regardless of gender, wanted to know the sex of their babies.  At Tummy Vision, we offer 3D/4D/HD ultrasounds and the option of having a DNA gender test or seeing your baby if you already know the gender or don’t want to know.  We want our clients to choose the service they prefer.

For those who do want to know, a DNA gender test can tell you. We’ll discuss these tests and how they work in more detail in this article.

What Is a DNA Gender Test?

A DNA gender test is an early blood test that can detect gender in a fetus starting at seven weeks. Until the creation of these tests, an accurate prediction wasn’t possible because the baby’s genitals don’t form until further along in the pregnancy.

How Does the Sneak Peek DNA gender test work? 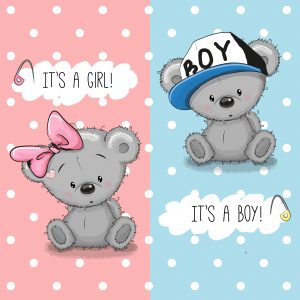 Does the Sneak Peek DNA gender test really work, though? Are you able to detect gender before the fetus shows gender visibly?

The answer is that during pregnancy, the mother will have some of the baby’s blood in her bloodstream, meaning that a DNA test performed on her can also detect the DNA of the baby.

Keep in mind that even the DNA Gender test has its limits. If you’re less than seven weeks pregnant, the test isn’t going to be very accurate.  Here at Tummy Vision we offer DNA gender tests beginning at 7 weeks.

How to Take the Test

There are a few ways to take the test. Some of these tests come in kits so you can administer them at home, but we don’t recommend this. While the test is often quite accurate under ideal circumstances, the results can be thrown off quite easily.

For instance, if a man touches the test, his DNA can become mixed into the result, which could trigger a false result for a boy. For this reason, we insist on performing the test in our facility.

Once the test is done, you’ll get the results quickly, within two or three business days if possible. Keep in mind that while we aim to get results to you as soon as possible, we can’t always guarantee 2 or 3 day turnaround.

A DNA gender test is a type of blood test designed to detect Y chromosomes in the mother’s bloodstream. This test is very accurate starting at seven weeks, which is far earlier than any test we had before.

We’ve discussed this test and how to get it in this article, but there’s a lot more to know about pregnancy and obstetrics, please visit our site. Feel free to contact us if you have any questions or concerns about a gender testing kit, or if you’d like to schedule an appointment.